This morning I loaded everything up and headed for the hills to try out the new Hornady 190gr Sub-X 300BLK in organic ballistic gel. I wanted to try the new bullet through FBI spec clothing as well as through auto glass.

I used VYSE gel that was calibrated with a BB traveling 581fps. The BB penetrated right where it was supposed to so I didn't take any additional BB gun shots. 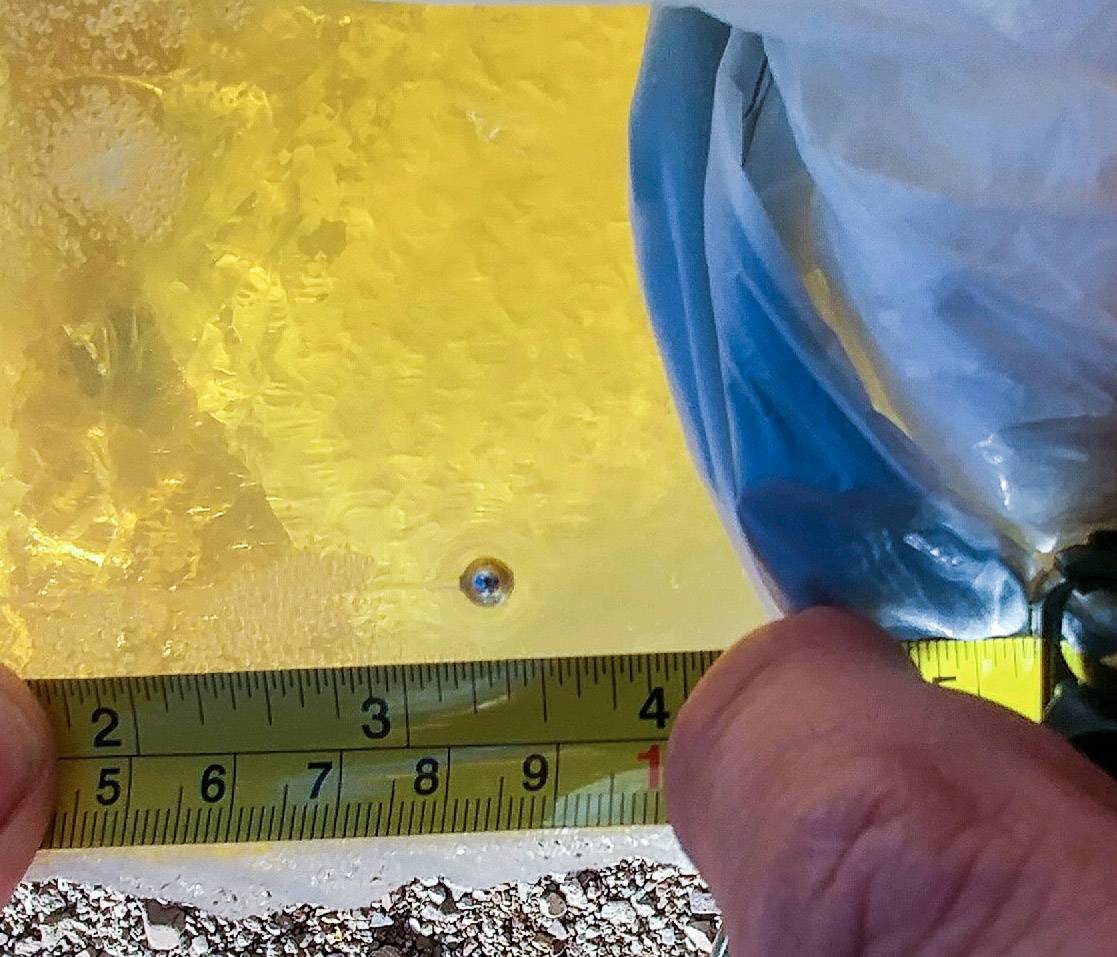 The ammo used was actually the TAP version of the new Sub-X load. But I called Hornday Customer Service and the fellow I spoke with told me the TAP load is the same as the civilian stuff.

Now before I get too far I want to warn you that my windshield test probably isn't going to be up to FBI standard. I used a windshield from the junk yard and leaned it back at a 45° angle but didn't turn it at 15° as is called for. The windshield was already curved across its face so I just shot it straight on as best as I could. Was I shooting at 15 degrees? I'm not sure.

I fired two rounds through auto glass at the block that was covered with layer of cotton t-shirt as well as cotton shirt--FBI light clothing. The gel and clothing layer was set 18" back from the target area of the glass. One bullet was recovered without issue and stayed in the block. The other went low and exited out the bottom corner of the block. It was not recovered.

Here is the bullet recovered from the glass test. It mushroomed well but lost about 30 grains of weight. Penetration was 11.75 inches. 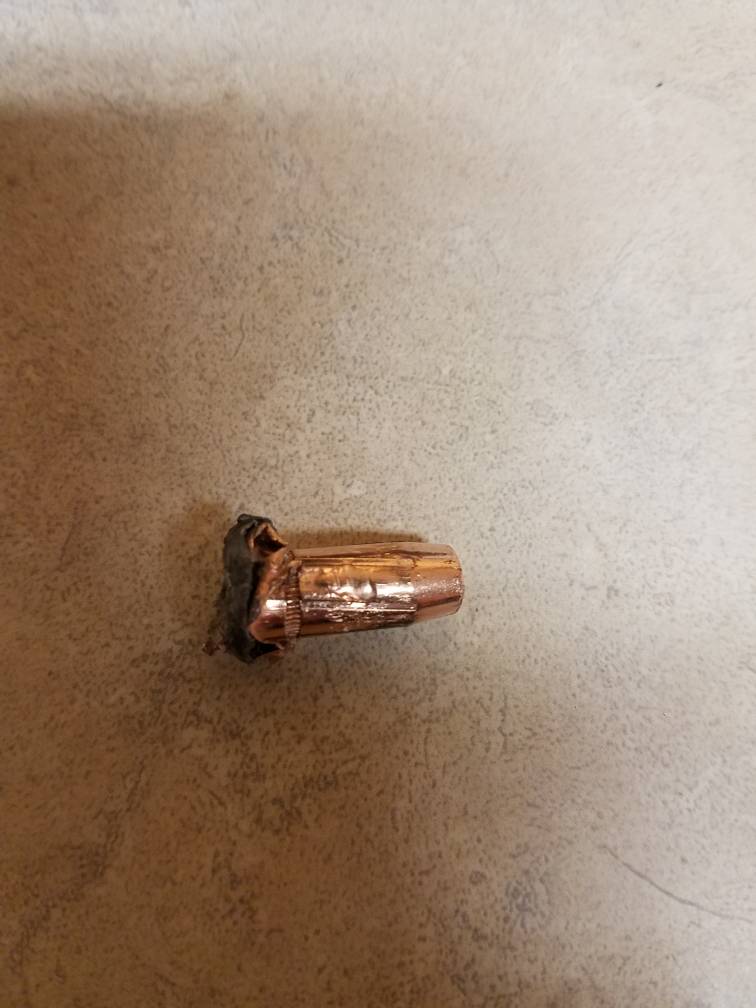 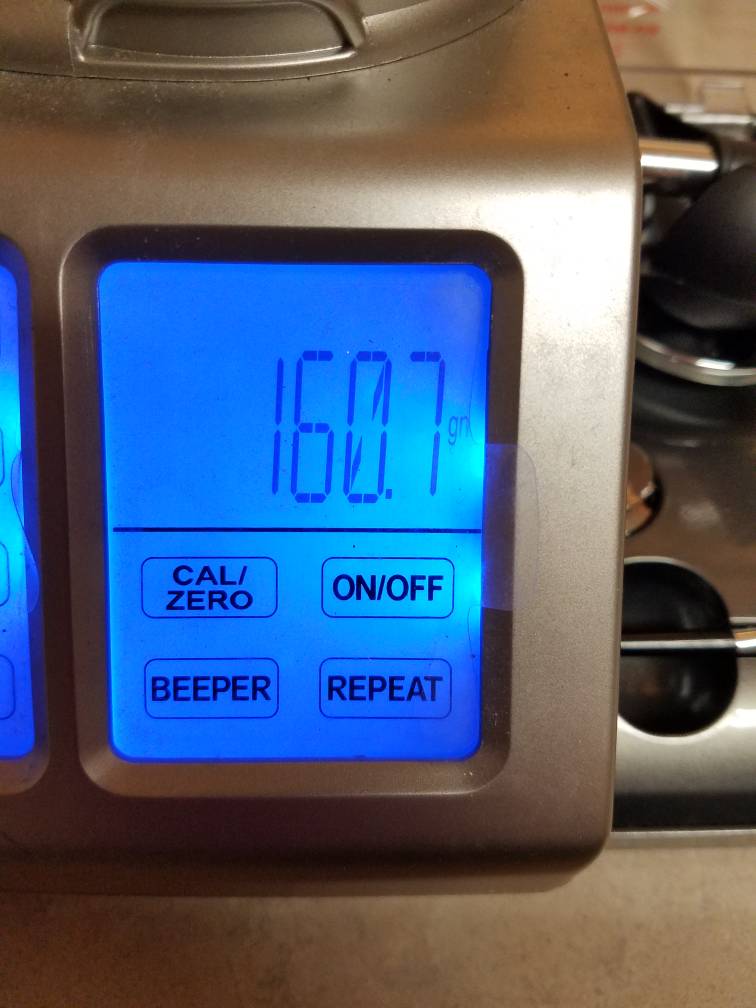 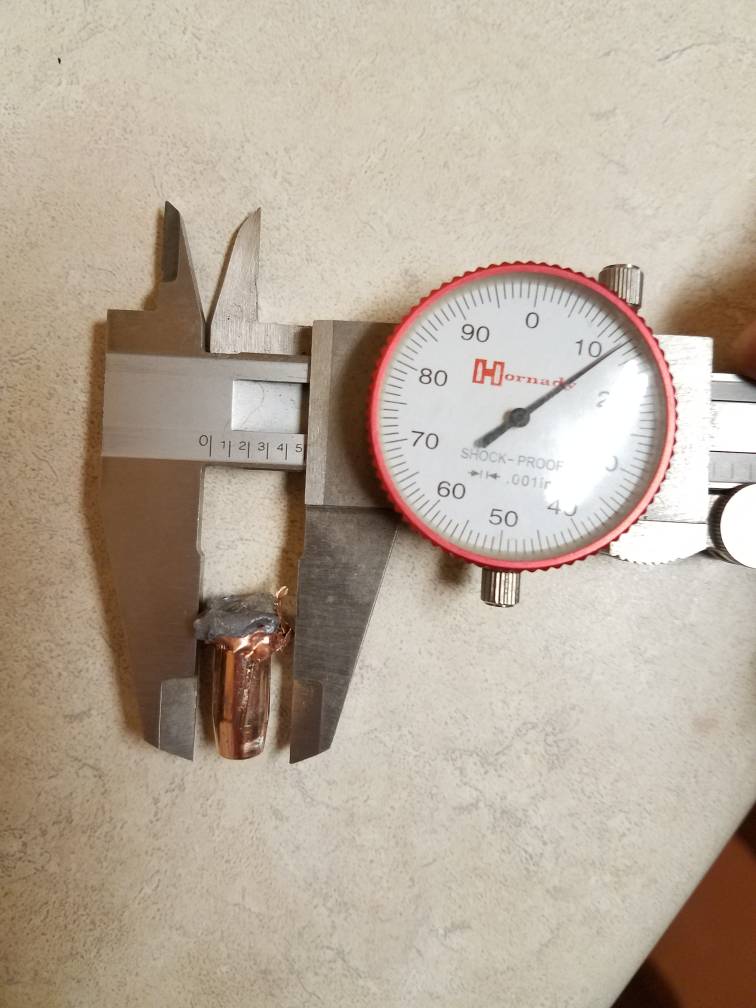 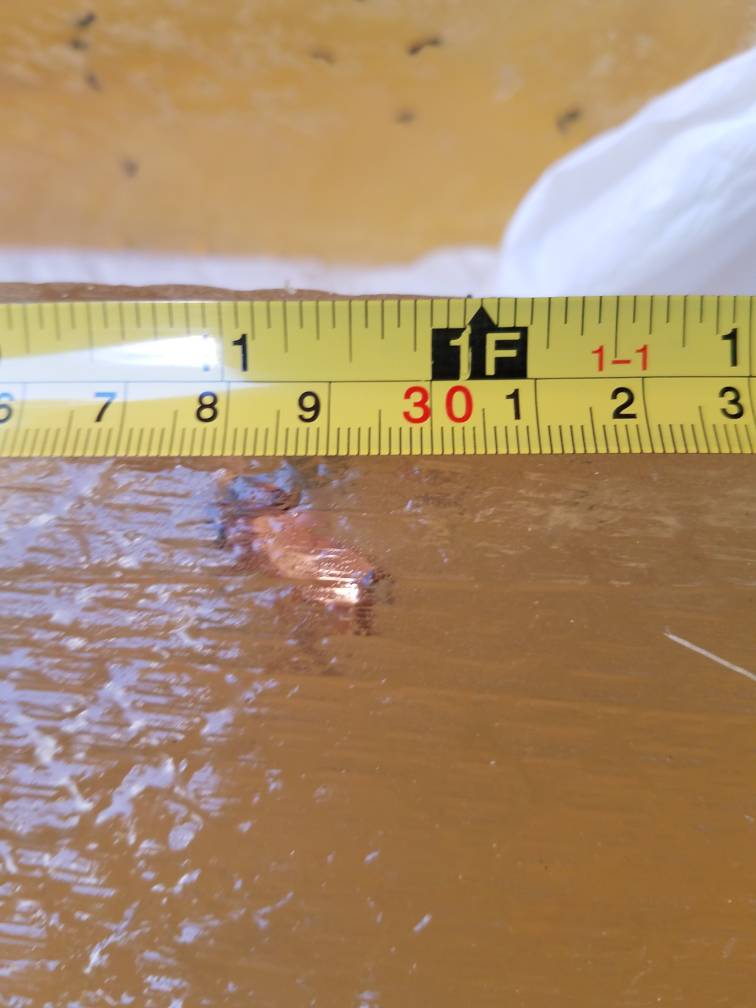 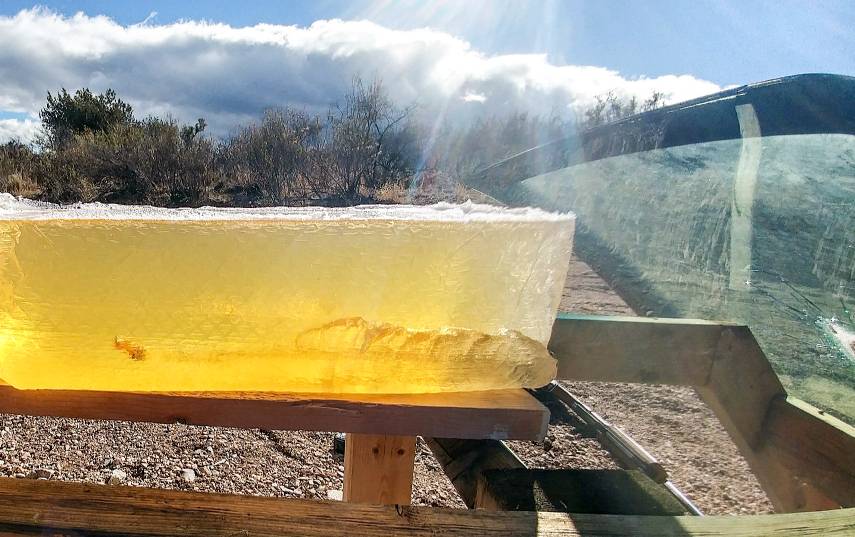 Next up were two rounds through denim covered by insulation and two layers of cotton--the FBI heavy clothing spec. I did chronograph the shots through clothing but only was able to capture velocity for one bullet. That reading was 1,096 fps.

One bullet through clothing sort of tore rather than mushroomed. It lost about 30 grains of weight and penetrated to 17.25 inches. 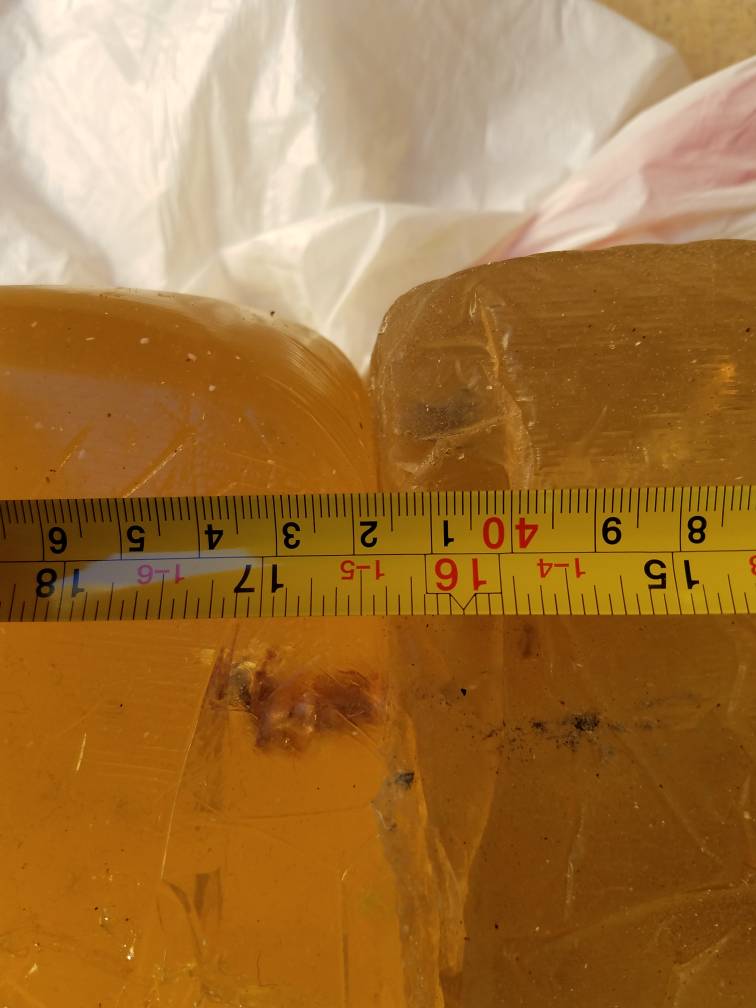 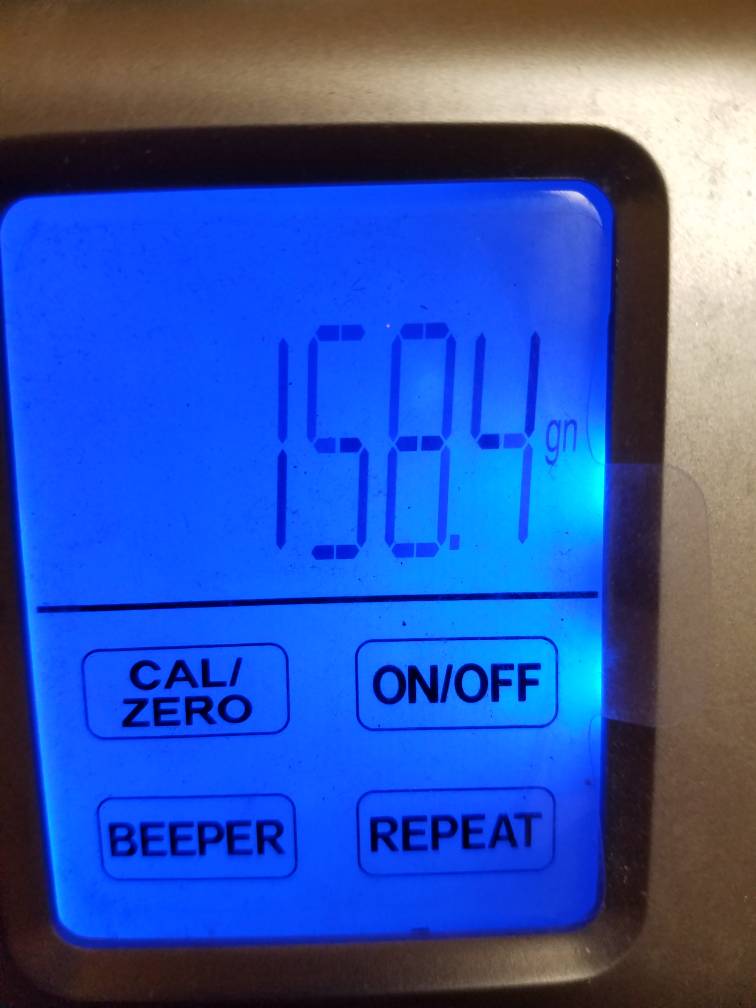 The other bullet through clothing shed most of its nose and lost quite a bit of weight. As a result the penetration was only 14 inches. 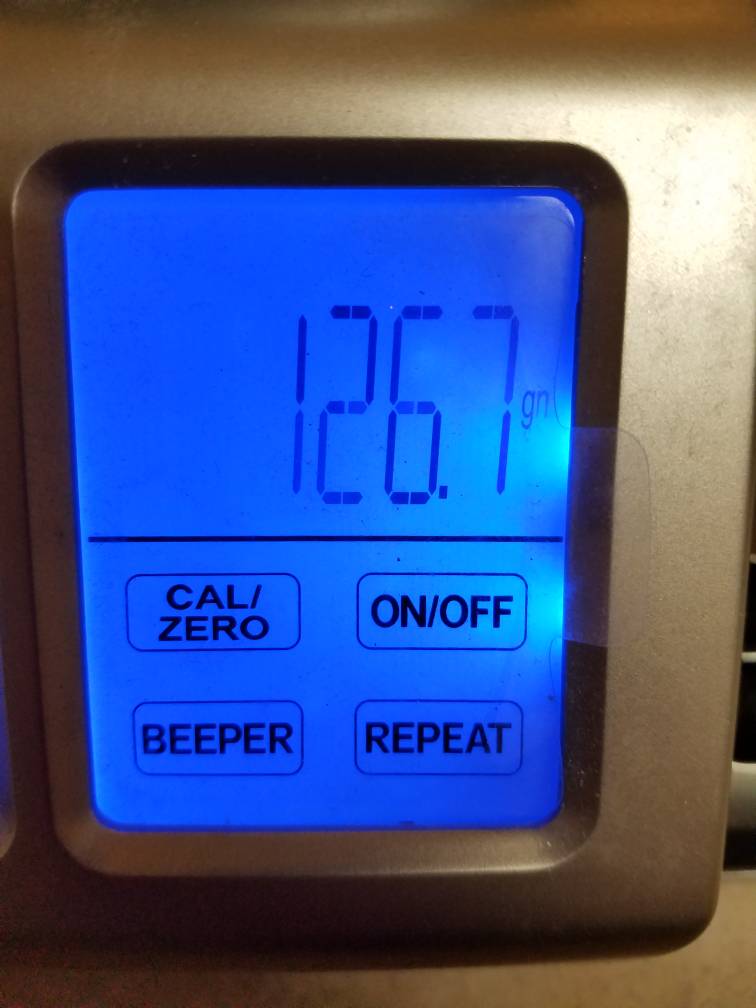 Here are both bullets recovered from the clothing test. The bullet that shed the most weight is on the bottom. 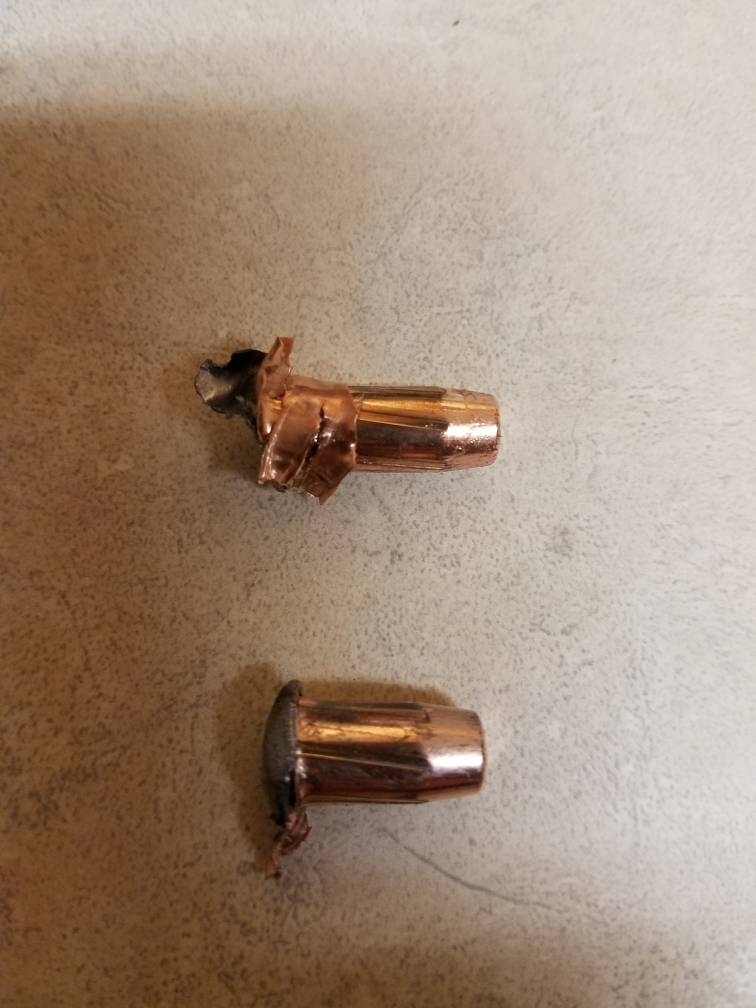 Misc crap from the wound tracks. 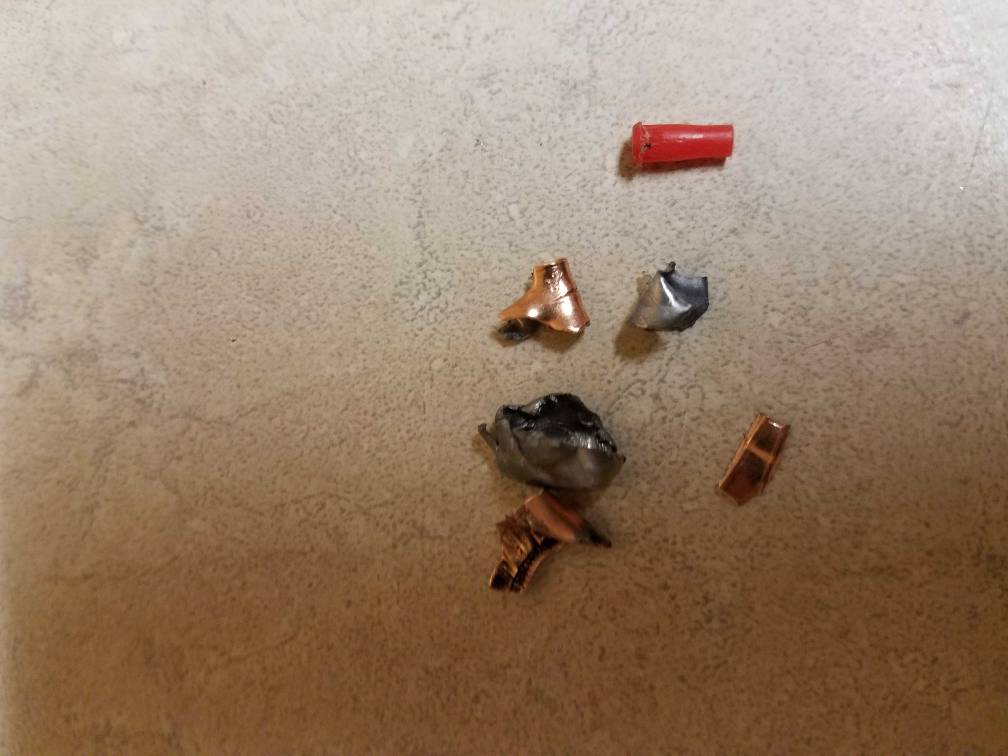 The bullet that shed its nose has a small "finger" on one side. Not counting that little wing, the bullet has a diameter of .331 inch.

The bullet that penetrated the deepest and retained more weight is .529" at its widest. 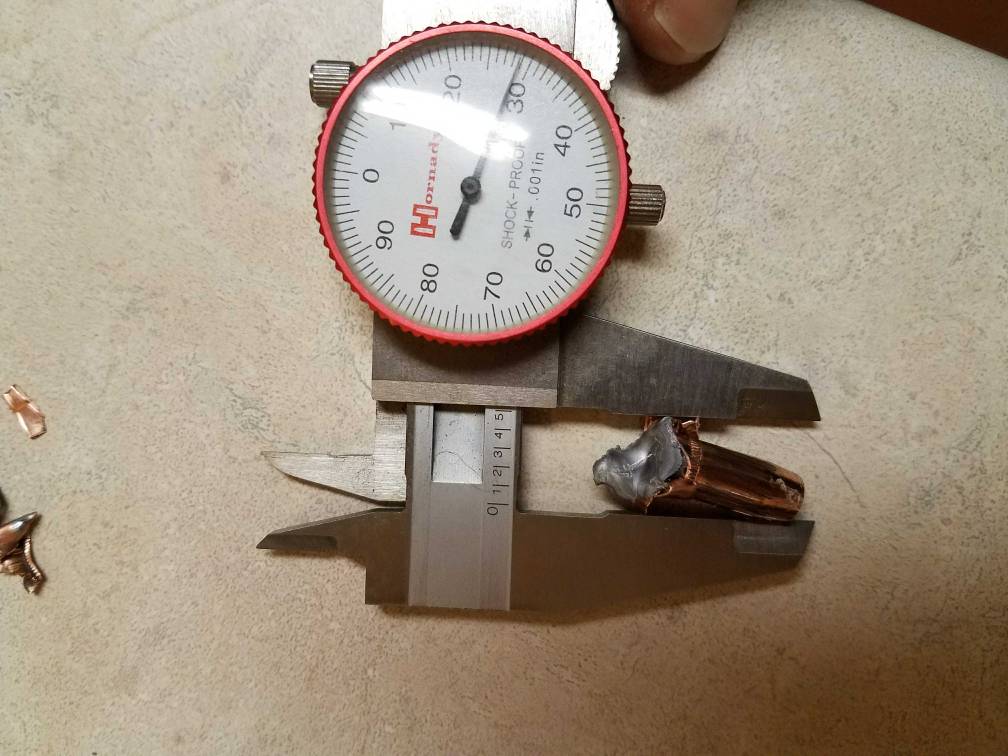 And, finally, I tried to chrono an additional four rounds to get at least some sense of the average velocities. I only caught one additional reading. That was 1,077 fps.

Overall, a slightly frustrating experiment. I am disappointed with my lack of chronograph data. Also, I wish I'd have been able to recover that other bullet from the glass test. Maybe I'll try the test again next weeekend.
Last edited by USBP379 on Tue Feb 20, 2018 1:17 pm, edited 1 time in total.
Top

This is what I like seeing folks doing, Damn good job of testing!
You can't beat the mountain, pilgrim. Mountains got its own way.
Top

Thanks for all the hard work showing us this valuable information. My next trip out, will set my labradar correct and see how they zero at 50 yards. Still mad I wasted 5 rounds but at least I know how they shoot out of my 16 and 10 inch barrel AR’s. I ordered 10 boxes and see midway sold out from others who wanted this ammo. I asked the guy at Hornady when they will sell just the bullets for us reloaders. Said at least 2 years.
Top

nice work! great results - and i totally didnt expect it to hold up on the glass penetration like that. thats impressive to say the least.

looks like hornady might have really gotten it right with this bullet
Reloading info shared is based on experiences w/ my guns. Be safe and work up your loads from published data. Web data may not be accurate/safe.
This disclaimer will self destruct in 10 seconds.
Top

Yes, I am a Baptist, and yes I carry a gun. You might think I carry a gun because I don't trust God. Well you would be wrong. I have complete faith in my Lord. It is mankind I have no trust in
Top

Any ideas how it acts when shot directly to gel?
How deep bullet will travel before it begins to mushroom/lose pedals?

riude wrote:Any ideas how it acts when shot directly to gel?
How deep bullet will travel before it begins to mushroom/lose pedals?

Just thinking how this would work as sub sonic varmint bullet, on small varmints soft tissue.

Here's some info on bare gel:

riude wrote:Any ideas how it acts when shot directly to gel?
How deep bullet will travel before it begins to mushroom/lose pedals?

Just thinking how this would work as sub sonic varmint bullet, on small varmints soft tissue.

The faster of the two is directly into uncovered gel. Penetration was 14" @ 1085 fps.
Malinois, it's French for "Don't get one"
Top

If one of you guys have the ammo and gel It would be good information to know how the bullet performs at 100, 200 and 300 yards in gel being interrested in its possible performance for hunting.

Im still working on getting some gel, otherwise i would just do it myself.

I didnt expect this much info this soon about the round , Awesome job guys !
Only Jesus Christ Saves ! ! !
Top
Post Reply
40 posts