Depends on what you are shooting, 2.260" SAAMI to reflect AR magazine length. This bullet will hit lands around 2.290" depending on how you prep your brass and chamber length.
300 Blackout, not just for sub-sonics.
Top

I was wondering why all your pics were not posting.
I got 3 boxes of the Speer GD 150 BLK OUT bullets the other day.
initial testing at 50 yards gave less that favorable groups, but I forgot I had stock issues (barrel is not free floating anymore after new sling swivels were put in).

Just got back from the gun club, and got a little work done. I had to restock the Camo 700 since the smith that installed the new sling swivels, didn't take into account the heavier barrel I was using, and the barrel rubs. I tried to Dremel some of the bedding out, but I hit the alum plate, and I didn't have the tools to take it down any more, so I grabbed a Magpul Hunter stock I had sitting in the corner, and placed the action in it. No bedding, so fitting, just plain jane factory stock.

Don't give up the fight 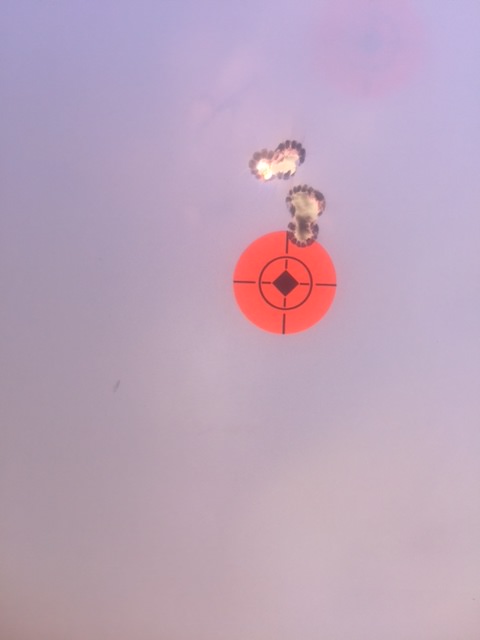 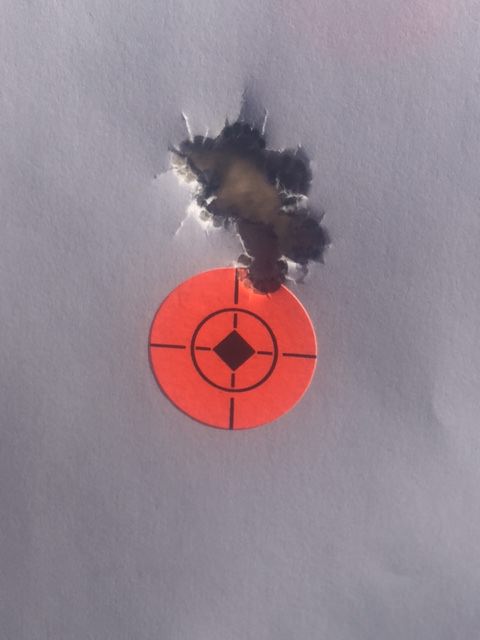 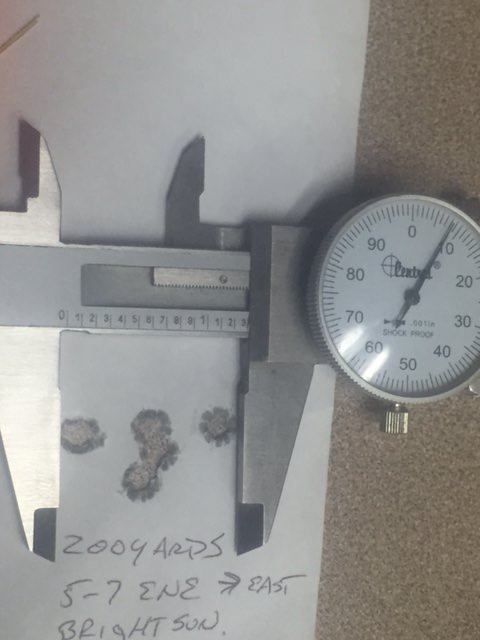 How would I combat that?
Accuracy is not a gift. A gift is something you don't have to earn.
www.P1ZK.com
Top

First is to see if it’s even an issue.
300 Blackout, not just for sub-sonics.
Top

I loaded up a few more yesterday and decided to see if there was a difference in the LC brass over the Lapua. Man was I surprised.
I wont bore you with all the pictures, but the LC brass did as good or better than the Lapua brass. I knew between 22.0 and 22.5 is where I should be. Turns out 22.2 in the LC brass looked very well at 100 in initial testing. I plan on tweaking the seating depth a little more.

Well that should at least slow a zombie down some if nothing else.

Look forward to the hunt results
300 Blackout, not just for sub-sonics.
Top

I also found the LC brass to work very well, though the primer pockets seem to start to get fairly loose after 3 firings of supers. Still usable, just noticed the change, which seems to appear after similar Subs firings. I have a theory...Maybe Dellet can 'splain why that may be. I have used Nosler, Win, RP, WCC and a few others and always had good supers results. So far, 1680 has been best with the 150 Gold Dot, CFE being pretty close and N120 showed promise. When it warms up to near 40* here, the down slope winds and wind chill make shooting/chrony work about a waste of components...frustrating. Nice work OP, enjoy your dedication to the craft