John A. wrote:Your wife listed on the trust?

Yes, as Co-Settler so she was legal to be in possession of the can if that's why you ask

Yes, that was the reason.

I dont' know why you think she could get "prison time" or however you phrased it by reporting it stolen.

I was concerned that I may have not done my do diligence in researching maryland law concerning silencers, which If I was wrong about their legality then yes, she could face charges. A valid concern

by certifiable
Picked up a new house gun for the Mrs yesterday, a glock 17 MOS as well as a lock box to keep it in. Delta Point, trl-1 and silencerco threaded barrel are inbound from Midway. A pair of Omega 9K's will soon be in the works cuz moma can't have ALL the cool stuff!

by certifiable
Baltimore County P.D. called today to inform me that one of the two stolen guns was recovered and I need to contact the City P.D. evidence dept. about picking it up.

I asked about the silencer but the detective didn't know any other details except that mine was 1 of 4 stolen guns recovered and catalogued at the same time.

Apparently the evidence dept shuts down at 3:00 so I will have to call back tomorrow

Hopefully the rest will turn up in time.

its a small victory, but celebrate it all you can

by certifiable
Finally managed to get the g26 returned to me, only took 2 years. Still no word on the other pistol or silencer 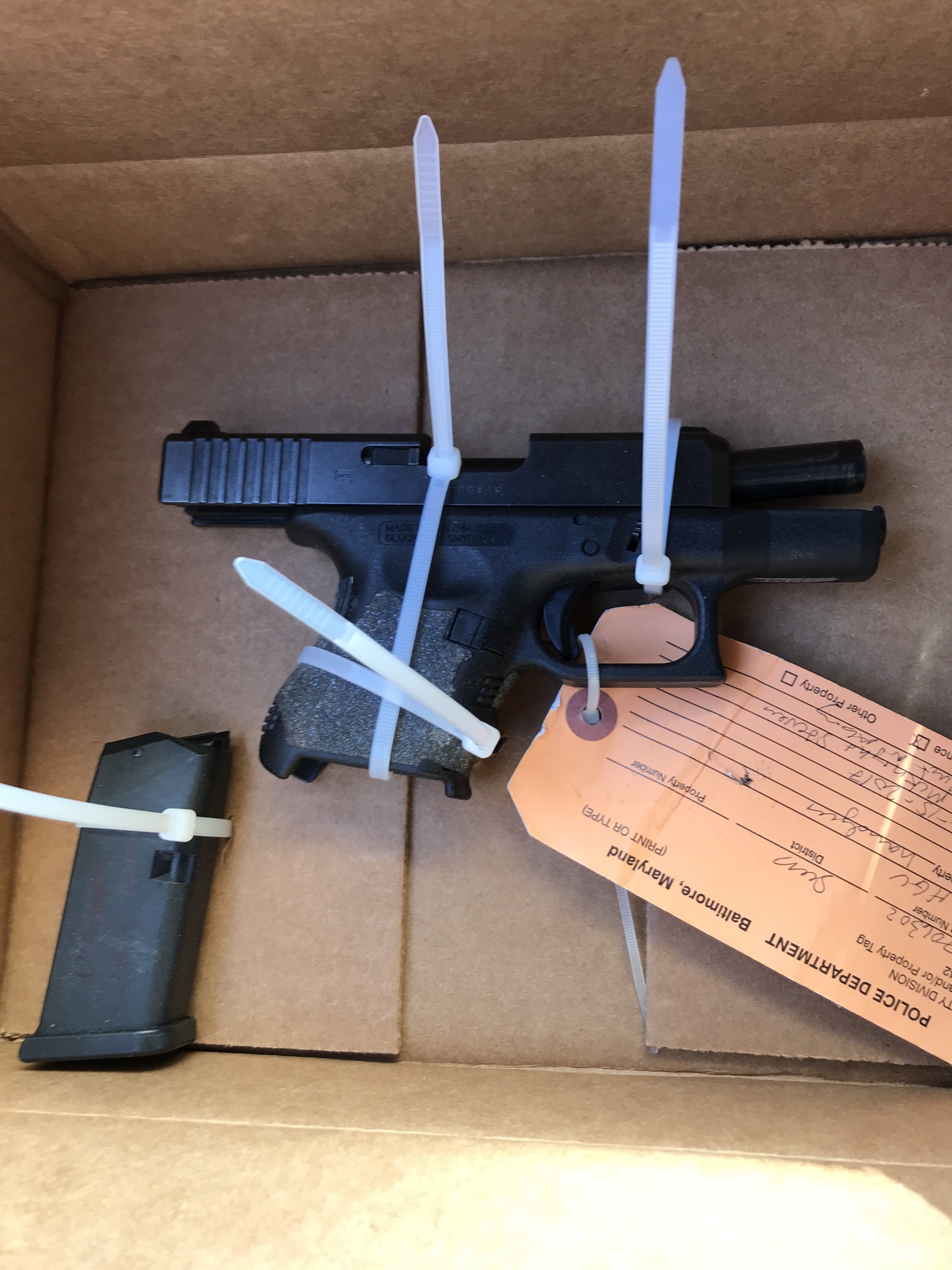 by dellet
I had kind of forgotten this, I remember one was recovered. Really hard to believe that was two years ago it was recovered and three since it happened.

Thanks for the update.

by plant.one
wow it took 2 years for them to return your property after they notified you it was recovered?

glad you *finally* got it back - but tbh thats sickening.


although my cousin got a 22lr back >18 years after the fact.... old dude retired and new guy was put in charge of the property/evidence room. first job was to clean it out. when my cousin went inn to see what the heck they wanted and got his rifle handed to him the officer told him he felt like santa.

he left the case # on the stock, just for giggles - its still there, but getting faint... the marker is starting to wear a bit lol

Looks like a year of that was spent applying zip ties....

by John A.
Stolen property is generally not returned until after the court proceedings. Until then, it isn't your property and is state evidence.
All times are UTC-04:00
Page 3 of 4
Powered by phpBB® Forum Software © phpBB Limited
https://www.phpbb.com/