This time of year in our country New Zealand is the red stag rut or roar as we call it over here. It was still early before the stags were in full roar mode when they roar all day and night.
So the plan was to get a helicopter into the back blocks of public hunting land and spend 10 to 14 days in there back pack hunting solo and my dog a Vizsla.
The tools of the trade a semi custom bolt action Tikka T3 rebarreled with a 12” 1:7 with Ti suppressor topped with a Aimpoint comp M4 zeroed in for 60m.
Ammo was 50 rounds of hand loaded subsonic Lehigh 168gr Controled Fracturing for deer only.
150 rounds 208gr ELD subsonics for feral goats.
And 50 rounds of Nosler 125gr BT supersonics for both deer and goats.

10 minutes after landing we had 4 deer come over the hill 150m from camp as I was setting up the tent.
After camp was all set up it’s time for glassing animals and it didn’t take long to spot a few small mobs of deer and goats.
The main goal of the trip is to get a nice trophy 12 point stag or better and cull goats and also thin out the deer a bit as this area has high numbers. Two weeks prior to me going in a government helicopter operator did a goat cull and they shot 3000+. If the deer numbers weren’t under control the helicopter would be back.
For the 11 days in we seen 250+ deer and 1000+ goats.

We had plenty of close encounters on the deer stalking with the help of the dog pointing on them and culled most of the goats in our travels while stalking the deer. That’s the bonus of using a bolt action 300 blackout super quiet and can bang away all day without disturbing the deer.

One of the best stalking moments was a 3 1/2 hour belly crawl covering 600m in semi open country and getting within 80m of a up hill 8 point stag and 4 hind behind him. He was standing up feeding for most of the time until we got to 150m then he had his fill and decided to bed down with only his head and neck showing.
I gave him a few roars and wasn’t interested so I yelled at him then a whistle, all that done was alerted the hinds looking directly at us. Time for plan B just take the neck shot. Still in the prone position from belly crapping I dropped the bolt with a Lehigh 168gr CF in the chamber, put the red dot on the neck and bang down he went, One very happy dog.


A mutant stag shot on the run at 111m on the other side of a small gully, we were actually on the stalk for 3 other stags below us but this one seen us and run. Prefect hilar shot stopping him instantly. 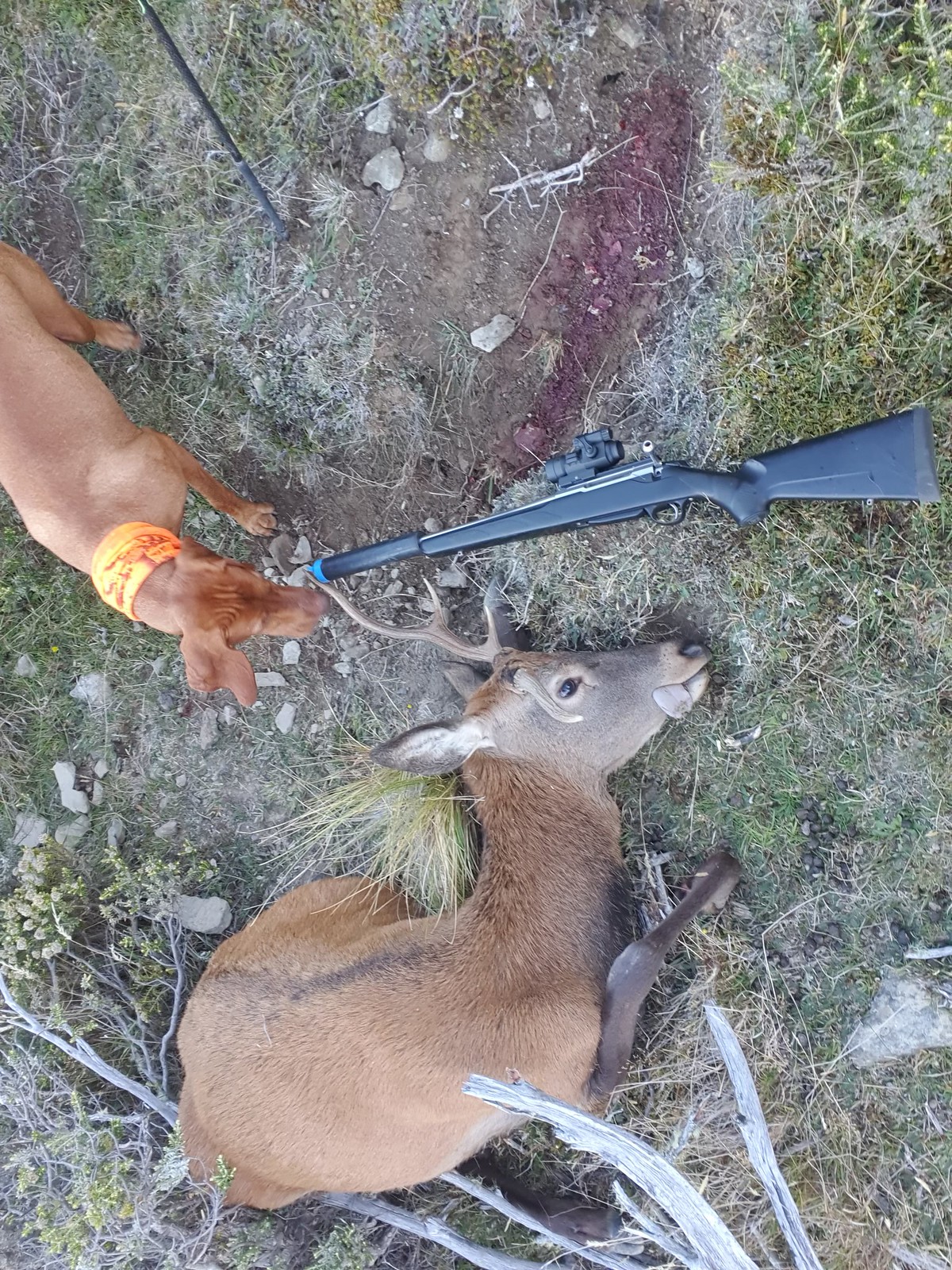 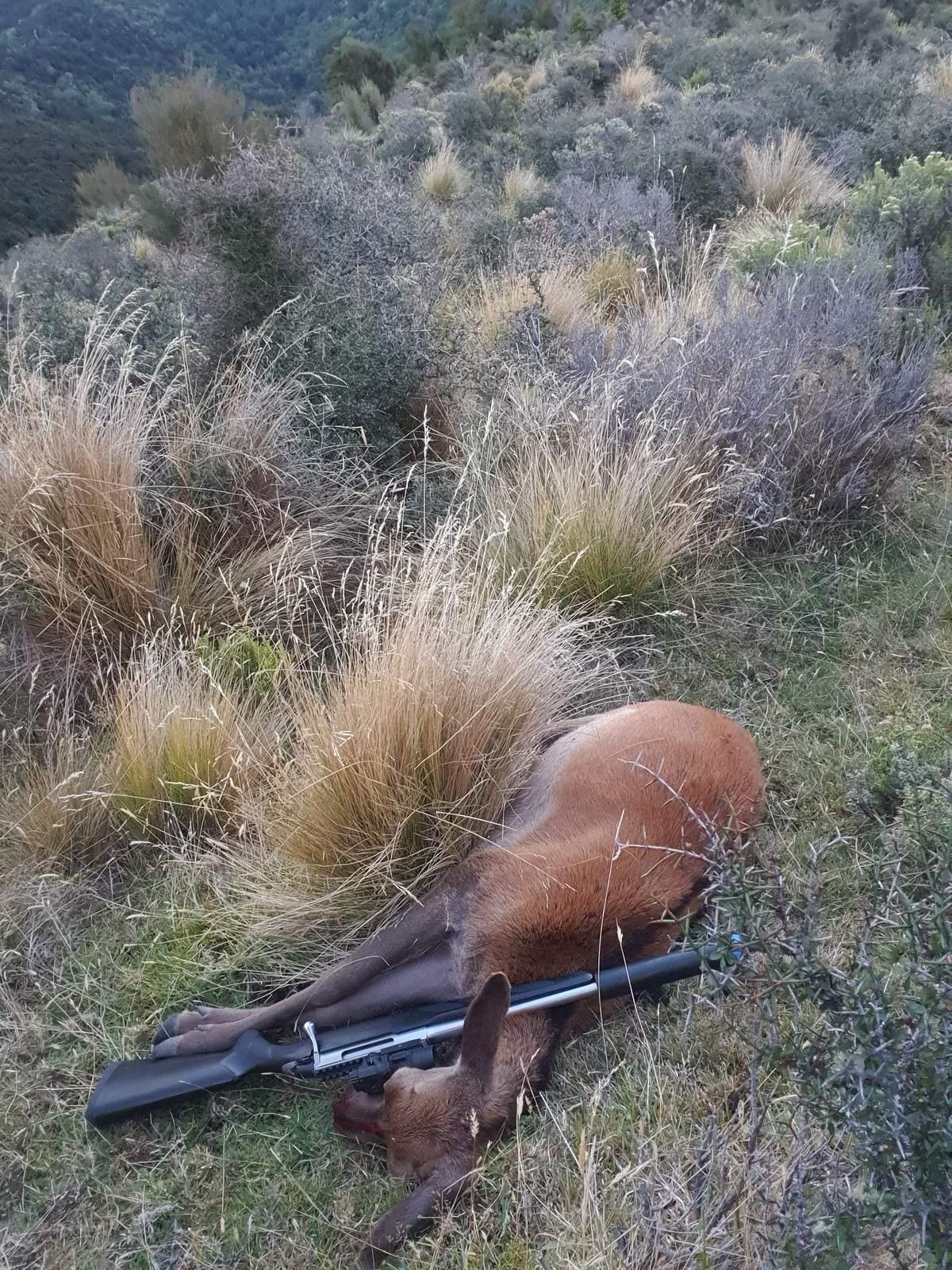 Another head shot hind we stalked onto shot at 10m 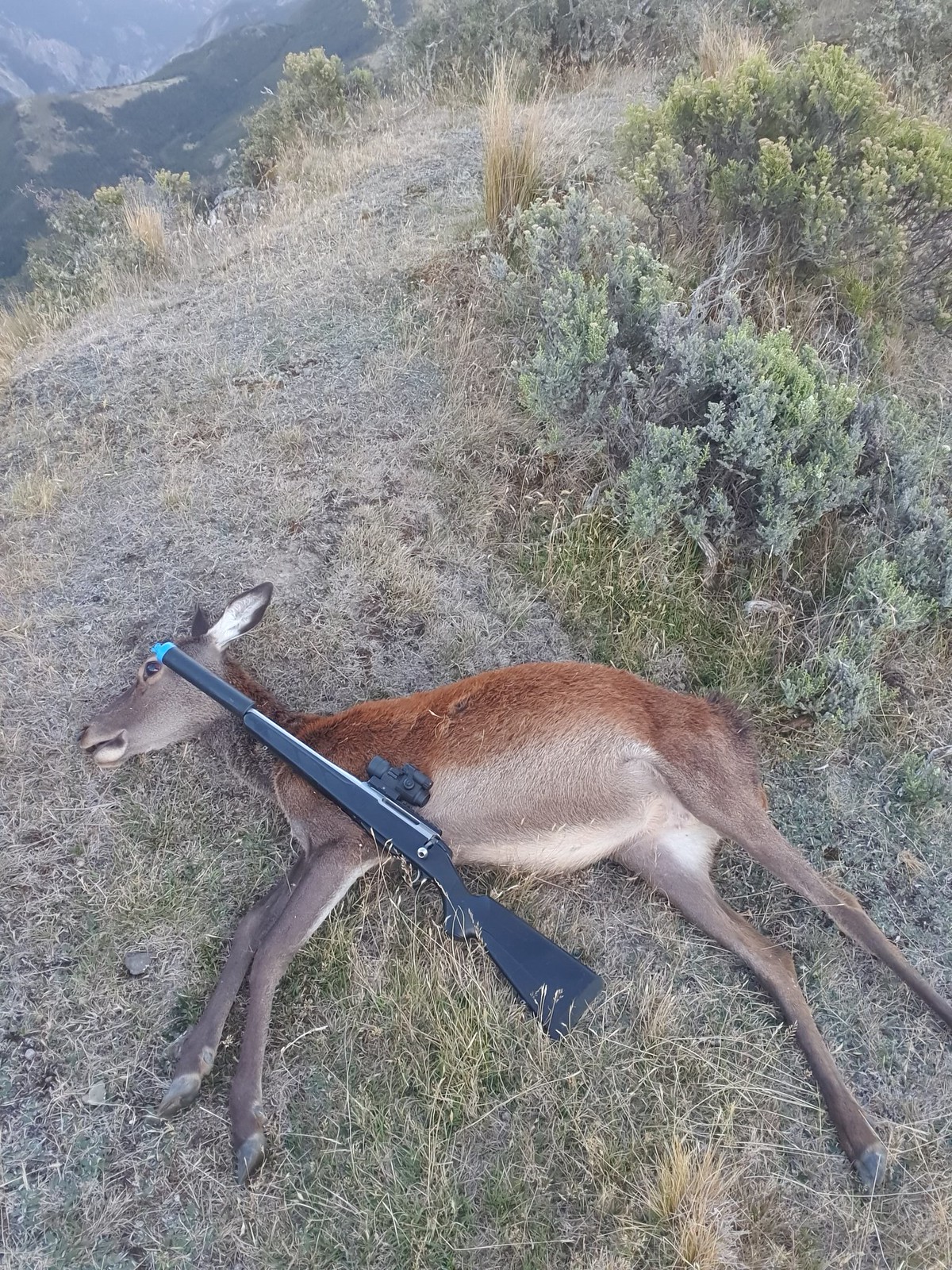 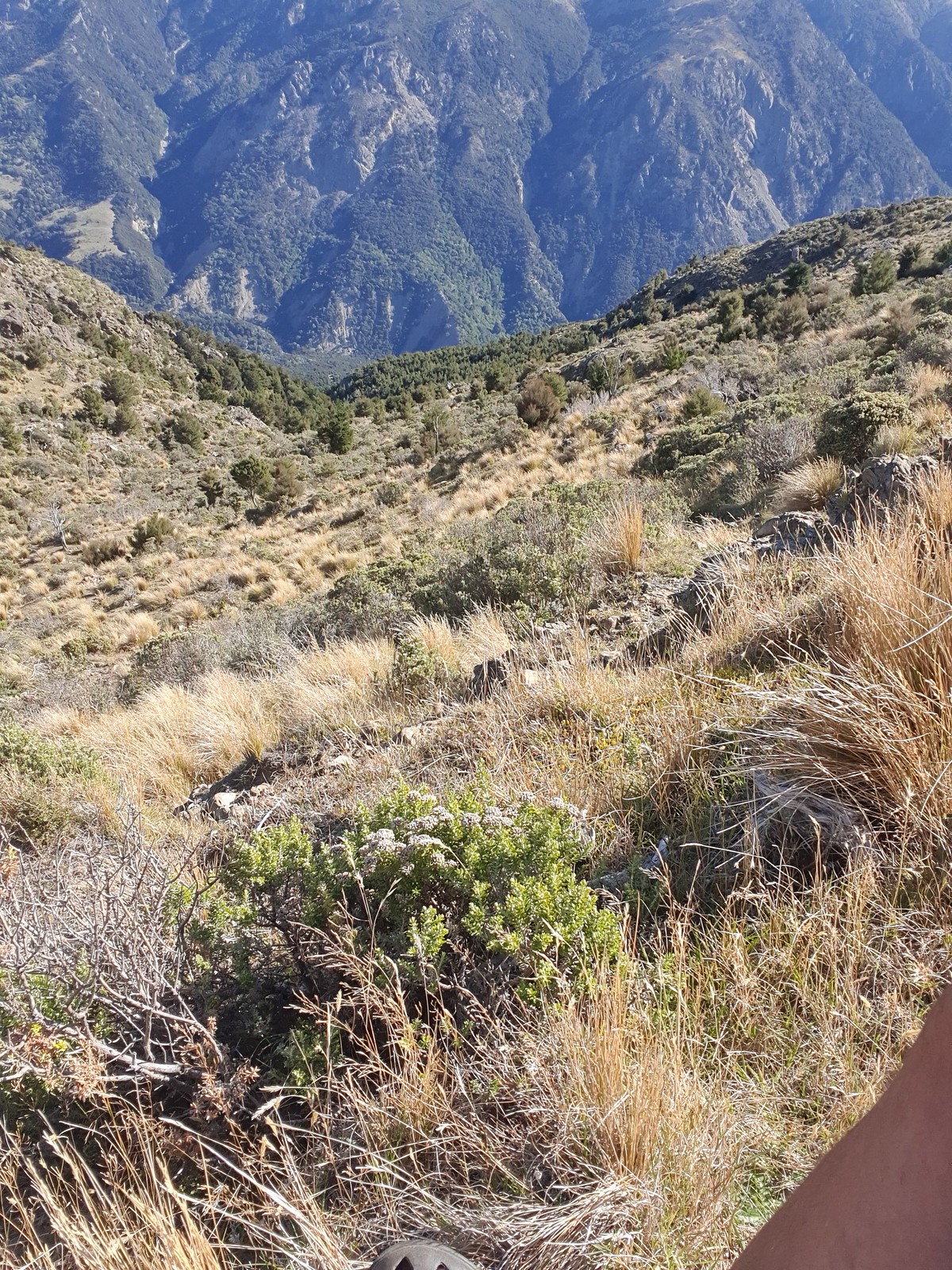 A small stag the dog got us. 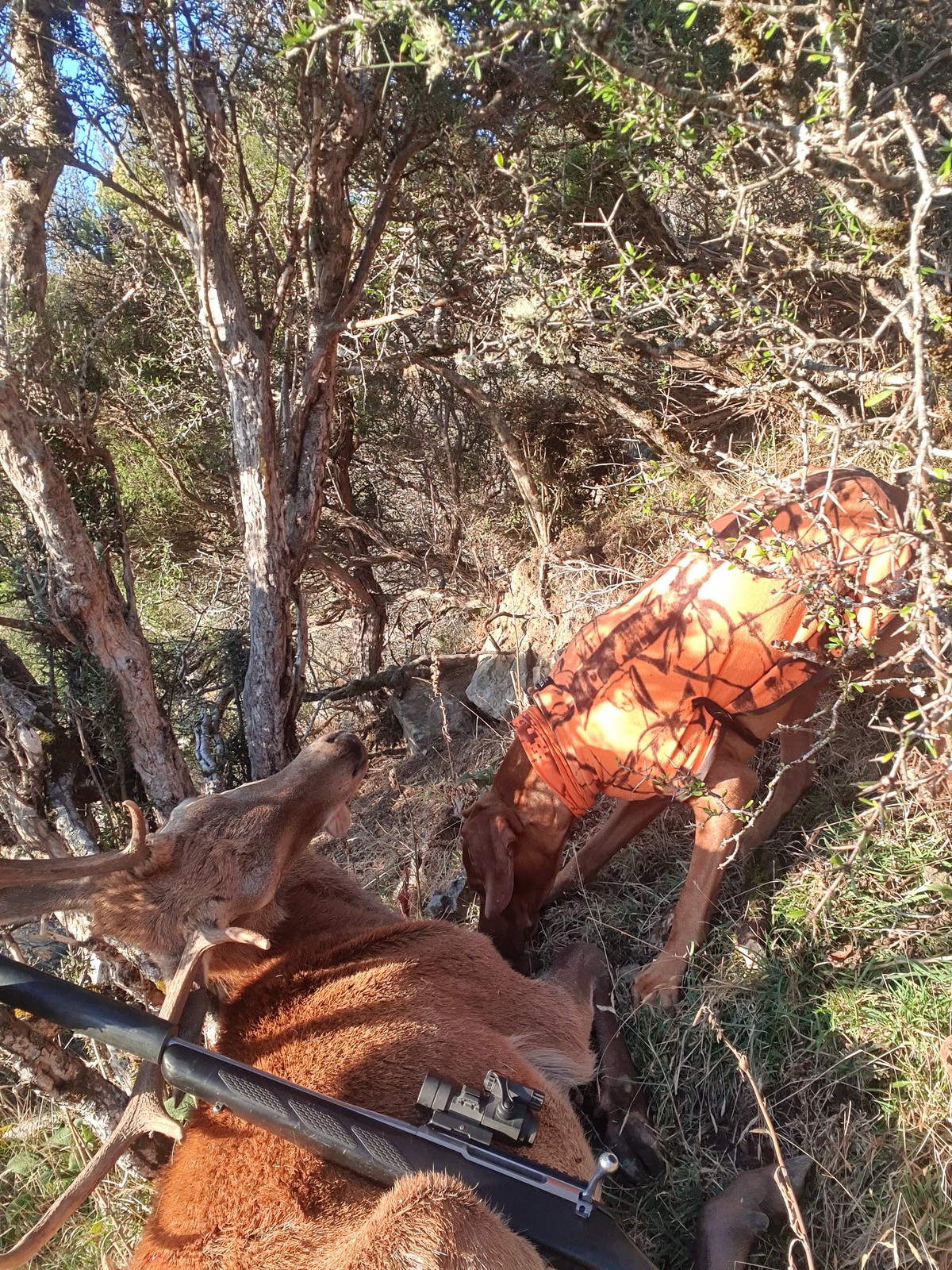 As always I am extremely jealous of your hunting prowess.

Good job.
Yes, I am a Baptist, and yes I carry a gun. You might think I carry a gun because I don't trust God. Well you would be wrong. I have complete faith in my Lord. It is mankind I have no trust in
Top

great hunt! that's some rugged terrain you have there.
good to hear from you again. I was wondering if your Gov't was censoring or silencing Kiwi gun owners.
peace through superior firepower
Top

Thanks for the pictures and writeup, as it helps appreciate the conditions even more!

To say I am jealous is to put it lightly!
Top

Dang man, what a great trip...and all that great BLK performance. The only critters I can 'cull' and shoot a bunch of are ground squirrels and prairie dogs.
Nice to see you back here and keeping us informed. Thanks for the high light of the day on the 'net.
Top

I’m thinking there is going to be some happily full freezers shortly.

Geez tikka, more like 11 months. It’s been a while, we missed you, hope all is well there. Really good to see you and the dog still having good fun.

As always, thank you for showing what the cartridge can do in capable hands.
300 Blackout, not just for sub-sonics.
Top