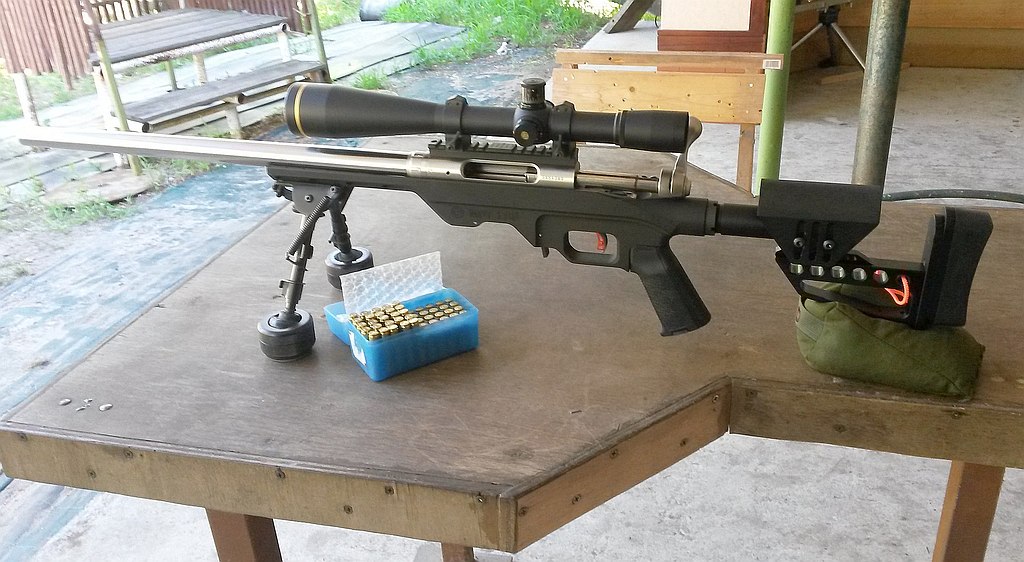 Updated picture of mine

going to redo & get just under 2#...sanded barrel channel..filled butt stock with

I have been looking for light bucket 1680 data

I posted pics in a recent post I did but then found the official picture thread...

It's a RARR 300blk with a Vortex Viper 3-9x40 and a Harris bipod. I've only had it about a month and only put about 85 rounds thru it so far. I can't take credit for the cerakote, etc. as the prior owner did that to it himself. I think he did a great job. Not sure how accurate it is yet as I've only used the scope at a 25 yard indoor range. The rest of the shots were fired "into the snow" at distance to check for malfunctions, feeding, reliability, etc. So far so good other than one brand of reloaded ammo that I get a fail to fire about 1 in every 10 to 15 shots. All other ammo brands and reloads are working 100% so far. I wish I would have had this rifle when I was getting my girls into hunting. I set them up with a Mini-14 in .223 years ago but this would have been better all the way around.

Changed some things around: